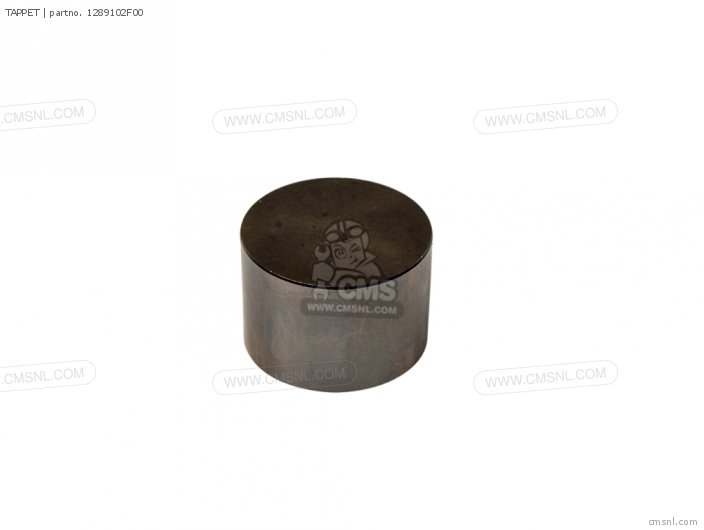 fits:
Suzuki
product number:
1289102F00
CMS product number:
SU0006.6723
The camshaft and ancillary parts are the driving force for engine power; opening and closing the valves at the optimum time and for the longest duration possible, delivering both maximum BHP (brake horsepower) and torque, without one being extended to the detriment of the other.
If the camshaft lobes are worn, then the valves cannot open and close at the parameters set by the engineers who first developed the engine. Equally if the valves do not seat correctly, due to weakened valve-springs or valve seat erosion then a loss of performance will be experienced.
So, when overhauling the valve train, pay particular attention to these potential areas of wear. Renewing the valves, valve springs and possibly the cam-shafts would ensure no wear in these critical areas.
Other parts listed below you may wish to consider:

(5 Stars) - Monday, September 10, 2018
Changed all the exhaust shimbuckets of my TL1000s.
The TL1000s can break down because of tiny cracks that are forming in the front cylinder shimbuckets.
If you don't check this it could mean a engine rebuild! Be aware!

Posts from the Suzuki TAPPET forum