The iconic Honda super cub was launched in 1958 and singlehandedly changed the motorcycle industry forever.
This model was so incredibly affordable, reliable, and easy to use, that it’s still unrivalled to this very day. With over 100 million Honda Super Cubs (and counting) sold around the world, Honda holds the title as having the best-selling motor vehicle in history. For comparison’s sake, Volkswagen “only” sold 23.5 million Volkswagen Beetles.

In 1956, Soichiro Honda and Takeo Fujisawa, Managing Director and co-founder of Honda, traveled to Europe to study transportation trends there. They discovered major differences in each country’s conditions and how they used small motorcycles. As such, they determined something different had to be created to meet the needs of the Japanese market that was neither moped nor scooter. In creating a new machine meant to appeal to the masses, the design staff were given two broad guidelines: “Create things that can fit in the hand” and “Create things that are easy to operate.”

When the final prototype of the super cub was completed in December 1957, Honda managing director Fujisawa yelled out “We can sell 30,000 of these!” At the time, the total number of motorcycles sold per month was around 40,000, so the assembled staff weren’t particularly excited with 30,000 units a year. Then Fujisawa-san corrected himself. “No, not 30,000 per year, 30,000 per month!” Needless to say, Honda smashed that goal…

When Honda established American Honda in 1959, it brought three motorcycles: the Dream, Benly and super cub. Funny enough, the super cub was considered a “sidekick” model, but the Dream and Benly suffered from engine problems and entire shipments were sent back to Japan to be fixed, leaving only the super cub on the sales floor. Its unique appearance was so different than any other motorcycle the American consumer had seen at the time – and it was incredibly affordable at $250 – it gained popularity, which translated into sales. And the rest, as they say, is history… 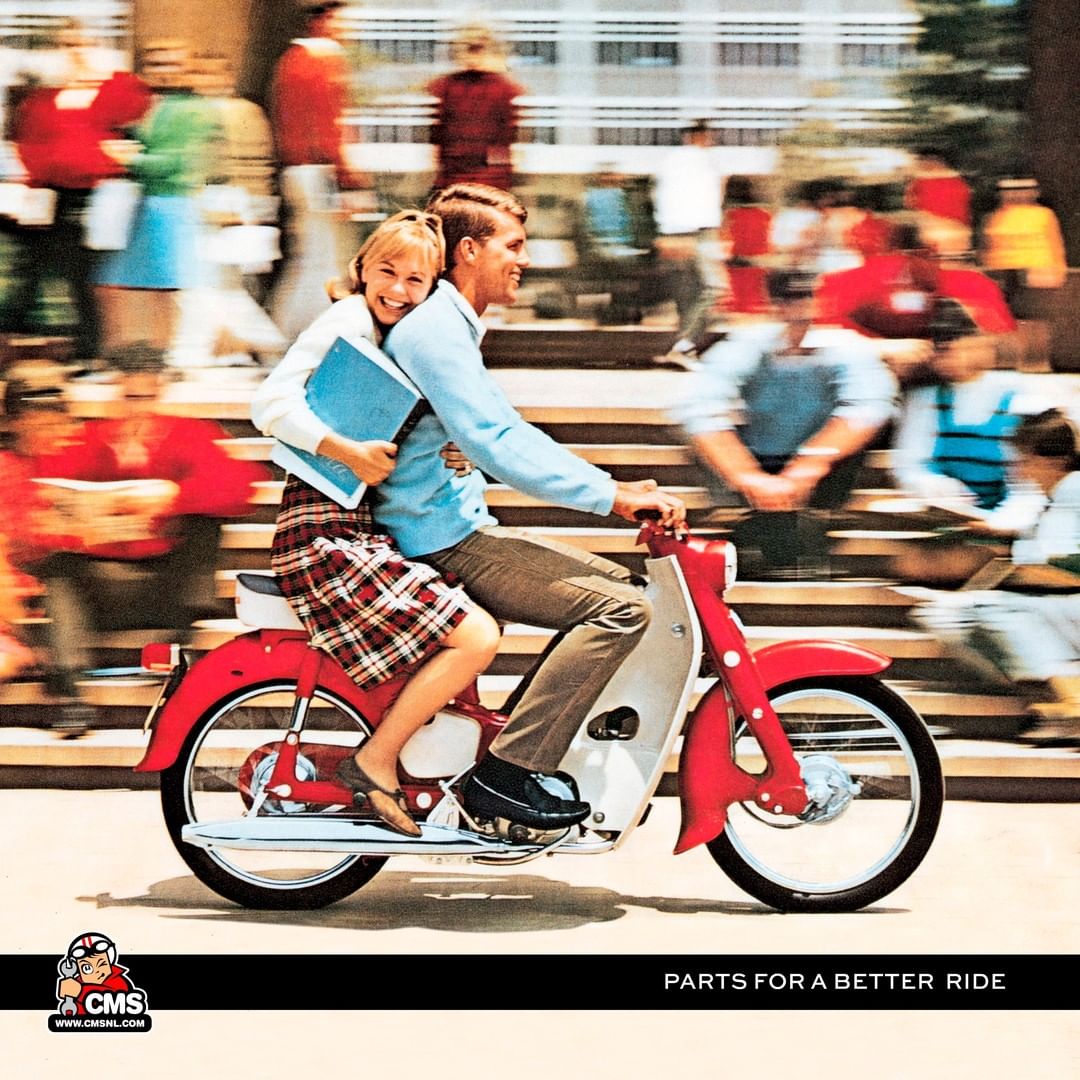 link to this page:
https://www.cmsnl.com/news/weapon-of-mass-production_news11806.html