In 1986, Honda was coming off one of the most dominant years in motocross history.
On the track, they captured every major American championship, and in the press they secured victories in nearly all the major magazine shootouts. In every class, from 80cc to 500cc, riding red was as close as you could get to a free pass to the winner’s circle.

While the ’86 red machines were by far the best in their respective classes, they were not without their flaws. None of the full-size bikes had particularly suspension and the 500 in particular could be a real handful. Its explosive power bordered on madness and it could be an absolute nightmare to start. The ’86 CR500R was a winner, but you needed to bring your big-boy pants to the party if you intended to make the most of its manly virtues. Mere mortals found it terrifying and even heroes like David Bailey and Ricky Johnson preferred a smoother and broader power delivery than the manic power of this 500c single cylinder, two-stroke fire ball.

In 1987, Honda took the meanest and manliest machine in motocross and sent it to finishing school. For the engineers, that meant easier starting, slimmer bodywork, a smoother powerband and better suspension. With numerous engine modifications, a new piggyback Showa rear shock, a rear disc brake and all-new bodywork, the CR500R came back better than ever.

For a big and powerful bike, the ’87 CR500R was an absolute scalpel. Front wheel traction and steering feel were excellent, with more than enough power on tap to pull you through deep sand and ruts with ease. Everything from the material in the grips to the foam in the seat showed Honda’s all-out commitment to build the best racing machine possible.

Evidence? try buying a cheap CR500 now…. like many classic MX bikes the prices are rising fast, so get on board while you can and hang on tight! 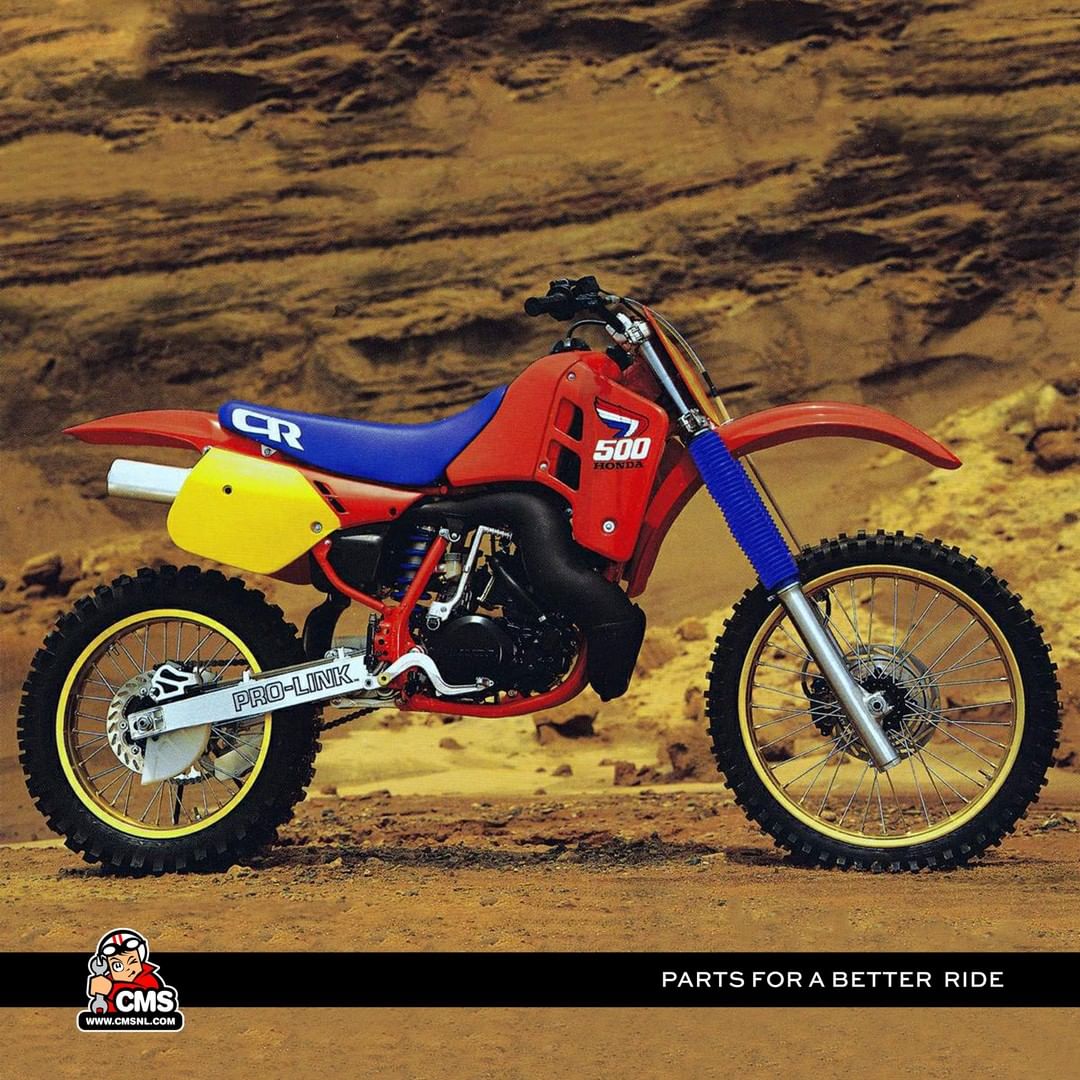 link to this page:
https://www.cmsnl.com/news/red-devil_news11778.html