The S3 Mach II 400 was a smaller, more tamable version of Kawasaki’s legendary 1970’s triples, though the 400 two-stroke inline-triple still packed enough punch to allow for some legally-questionable riding.
Running from 1976 to 1979, this was probably the ‘nicest’ of Kawasaki triples. It’s engine upped in capacity reduced in power, but now with a much more user friendly power band than the 350S2, which was renowned for ‘high-siding’ the unwary rider, especially in damp conditions!

Power was down to 38bhp, which was still as much or more than any of its competitors, two stroke or four. Now blessed with nice power characteristics with plentiful mid-range pull and a better (slightly!) economy the KH400 became almost civilized, but still retained those fabulous classic looks and a wonderful three-cylinder drone from three separate exhausts.

After Kawasaki’s enormous success with the release of its H1 Mach III, Mean Green seized on the momentum of its iconic three-cylinder by offering several other bikes powered by the two-stroke triple that had put Kawasaki back on the map at the start of the ’70’s. Within three years of the H1’s release, Kawa had debuted three more three-cylinder oil-burners in the form of the 250cc S1 Mach I, 350cc S2 Mach II, and the wildly popular 750cc H2 Mach IV.

Desirable classics today, although valued less than the early S2, is a better bet for those that actually wish to ride as well as look at their classic two stroke triple. 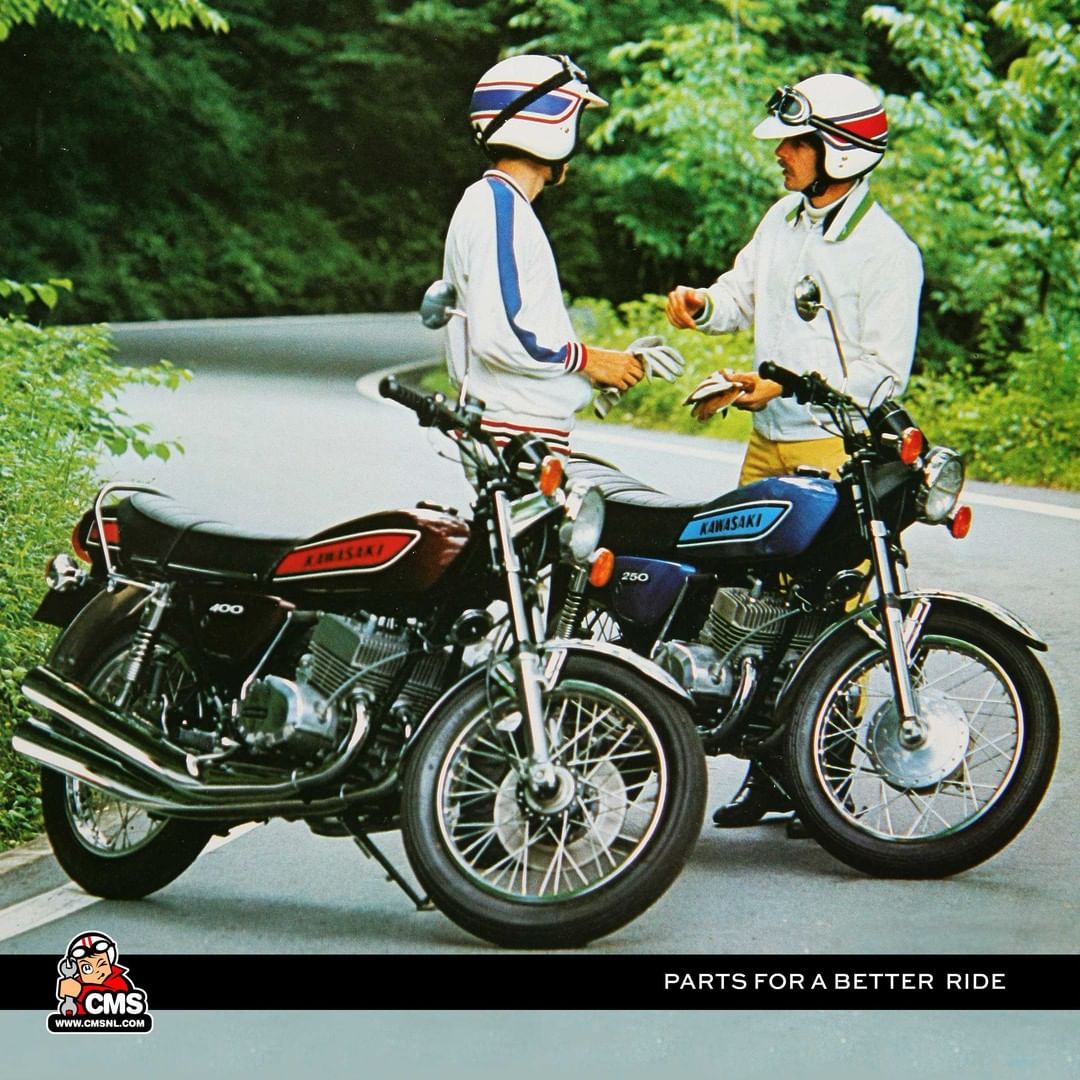