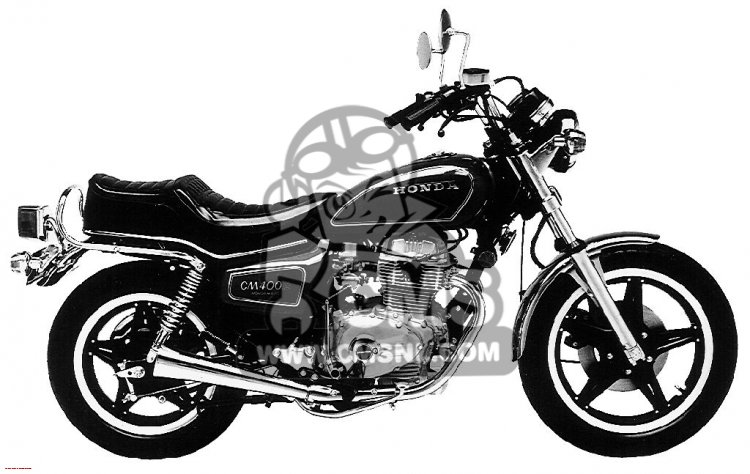 The CM designating this as the custom version of the CB400T, was a particularly brisk performer when announced in Japan in 1979. It’s 40bhp @9500 rpm overhead camshaft twin cylinder engine with a two inlet one exhaust valve head being advanced and powerful. The bike sold well, especially in the North American market to which it had been primarily aimed. Also produced as the HONDAMATIK with less power, but this concept never really took off, and after one year was dropped.

So a handsome and powerful cruiser, few 400cc machines could match it’s horsepower, is now achieving collector status with that generation of enthusiast’s who owned or just admired these classic custom models in their youth.