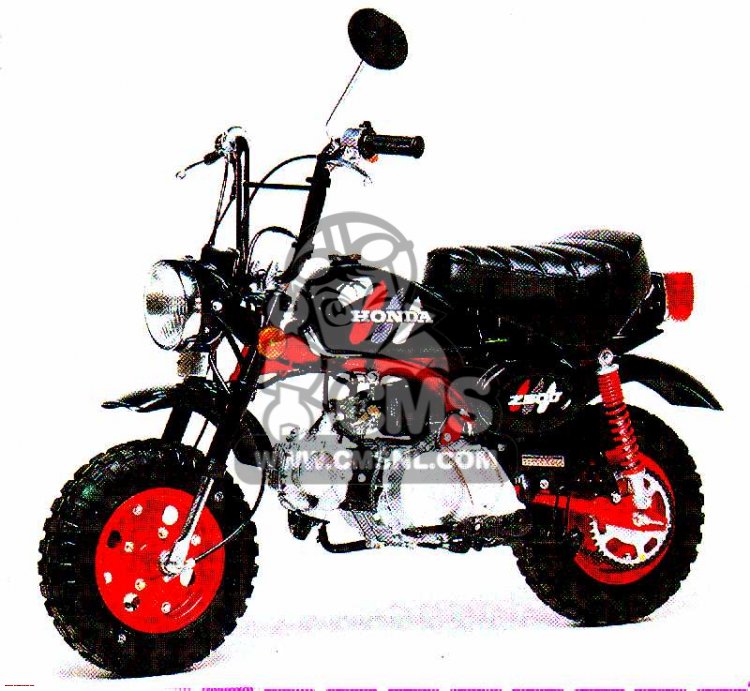 Launched in 1967, with a similar chassis to the CZ100, the Z50 is probably the most famous Monkey, and the first to use the then new single overhead camshaft engine, and a four-speed gearbox, retaining the automatic clutch.

The engine was deliberately kept in a low state of tune at just 2.6ps @ 6000rpm. The upswept Hi-Line exhaust and chrome heat shield just added to the cute appeal of these early and very collectable Monkeys.

The Z50 evolved over the decades, the ‘Mini Trail’ version being particularly popular in North America, gaining rear suspension by 1972, and becoming more like the Monkey bike still being produced by Honda, with no end to production in site.

Modern Mini bikes have spawned a complete industry in *tuning and custom accessories, some, particularly f