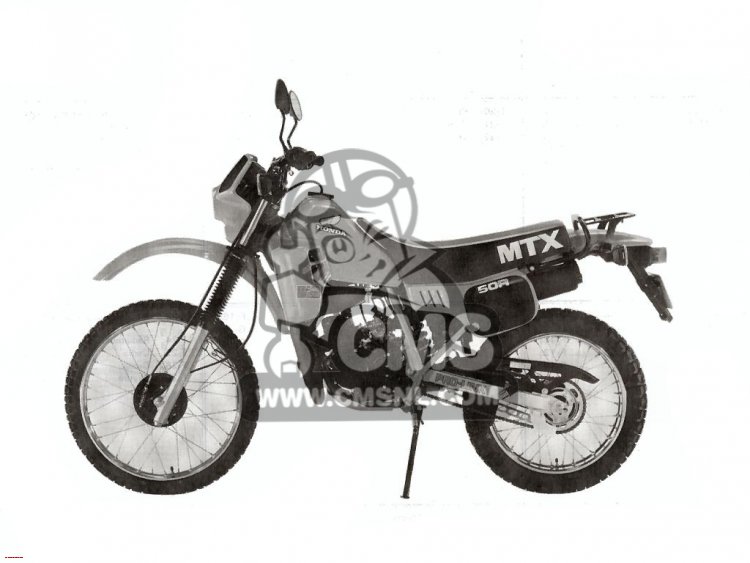 As was usual practice at the time of launch, Honda offered both road and trail versions of their popular and easily tuned 50cc learner legal models, and the MTX50 trail version was offered along side the MBX.

Despite being famous for four strokes, the market in Europe for 50cc machines was extremely rewarding, as they were considered to be ‘mopeds’ by law, and this allowed 16 year olds, and in some countries 14 year olds(!) to ride with the need for a license.

The MTX’s most important update over the superseded MT50 was the use of a six speed box, essential to help keep highly tuned two strokes within the power band.

This power band aided and abetted by the huge choice of after-market tuning goodies that allowed these restricted machines to easily exceed their legal power limit!

Because of important law and insurance changes the sales in these types of light motorcycles decreased enormously. As a result production in Spain and Belgium came to a standstill in 1992. MBX production lasted another year and stopped in 1993. Only in Scandinavia a limited production for the local market lasted until 1997.

It is safe to say that 16 year olds or even younger never had it so good back in the 1980’s, but like everything in life, good things always come to an end!