Honda had already changed the World of Motorcycling in 1969 with the launch of the CB750, the Worlds first modern ‘Super Bike’. In 1971 Honda launched the CB500 Four, and in many ways it was a better motorcycle the CB750.

The shorter lighter machine produced 50bhp and weighed 35kg less than the CB750, but most important of all to enthusiasts at that time was the magic number 500cc! Only three years earlier, memories of Mike Hailwood on the Works Honda 500cc RC181 race bike were still fresh, along wit the glorious engine note from four open megaphones!

And now, a new Honda 500-four with four separate pipes, with looks to die for, what more could the enthusiasts want! The five speed box was slick, slicker than the CB750, the handling was better with a lower seat height giving the rider the impression of sitting less on top and more inside the machine, and although not as fast as the CB750, was the sweeter machine to ride.

As with most of the CB Four range, classic values are high, extraordinary sums being exchanged for perfect examples. So is this the most iconic CB Four? No, the CB750 KO will always hold that position, as the first true Super Bike, but the CB500 will always remain the more entertaining riding experience! 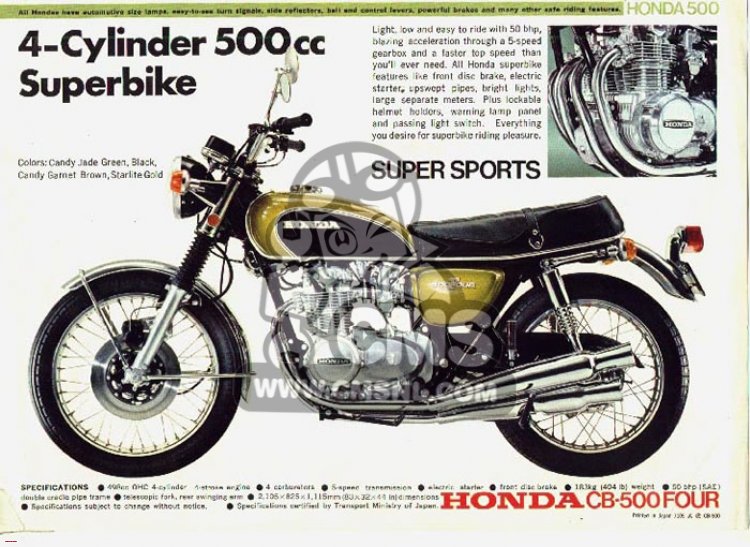 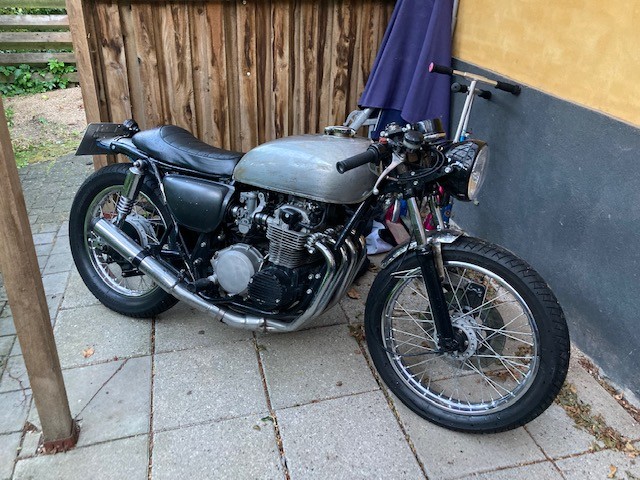